I have assisted clients in the most challenging fraud cases, securing favourable outcomes even where the case seems impossible.

I give my clients the best chance to succeed by ensuring each and every avenue is tackled in the right way. I don't just build your case, but a robust strategy for your defence.

My job is to ensure my clients get the outcome they need. I do everything in my power to make that happen, and my past cases and experience are testament to that.

Police officers – as public service professionals – are exposed to greater public scrutiny than many other professions.  This scrutiny involves a robust disciplinary system which deals with everything from allegations of criminality to allegations of misconduct.

The Police (Discipline) Appeals Tribunal hears appeals against the findings of internal disciplinary proceedings brought against members of the police force.

A police officer can appeal a disciplinary finding made against them through this process.

If the officer making the appeal is not a senior officer, then the Tribunal will be made up of a legally qualified chair, a serving senior officer and a retired member of a police force who was a member of an appropriate staff association.

When going through a professional conduct investigation, it is important to know that matters will be dealt with swiftly.  It is therefore important to note that a tribunal will take place no later than 3 months of a determination by the tribunal chair that a hearing should be held.

It is also important to note that fairness should be at the heart of the process.  The members who sit on the Tribunal are to be sufficiently independent of the matter so as not to suggest unfairness.

What happens at the Tribunal

The tribunal is not simply a forum to go over the original issues at play – it is not a re-hearing of all the facts and evidence.  Instead, the appeal is based on specific grounds.

A police officer can appeal to a tribunal in reliance on one or more of the following grounds of appeal:-

In the event that a police officer wants to appeal to a tribunal, the office shall give notice of the appeal to the relevant local policy body.  It is possible for the officer to request a transcript of the proceedings at the original hearing in his notice of appeal.  This can be a very useful tool for any appeal and can help inform your legal representative.

Legal representation is not compulsory but can be hugely significant in protecting your rights.  For example, there is the power to request disclosure of documents. This involves the appellant (or respondent) applying to the chair of the tribunal for disclosure of any document by the other party which is relevant to the appeal.  A legally qualified professional will be able to steer you in the right direction in using this powerful tool, which can be crucial in building a strong appeal.

Procedure at the hearing is determined by the tribunal.  The tribunal can proceed with the hearing in the absence of either the appellant or respondent, whether they are represented or not, if it appears to be just and proper to do so.  The appellant’s evidence will generally be given first and witnesses giving evidence can be questioned by both parties.  Witness statements can also be submitted in place of oral evidence.

As with all allegations which call into question the ability of an individual to do their job satisfactorily, it is important to have sterling representation from the outset.  Not only is your professional reputation and livelihood at risk, professional disciplinary procedures can have a significant negative impact on an individual’s private life.  I have a range of experience in this field – involving both criminal and disciplinary proceedings.

For example, I represented a police officer both in criminal proceedings and the associated disciplinary proceedings in a case where the officer’s force had investigated him in a sting operation. It was alleged that the officer in question had stolen money in an unmarked police car. The officer was acquitted in respect of both that matter and a related misconduct charge.

If you are facing an allegation of misconduct or are looking for representation at a Tribunal, my expertise in this area can help you navigate this difficult personal and professional time.

Serving Manchester, Birmingham, Leeds, London, Bristol and the rest of the UK. Please do not hesitate to get in touch with me directly on 0800 054 1170 or fill out a contact form and we will get back to you as soon as possible. 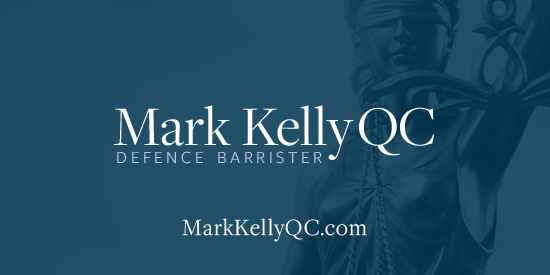